The Technique of Film and Video Editing 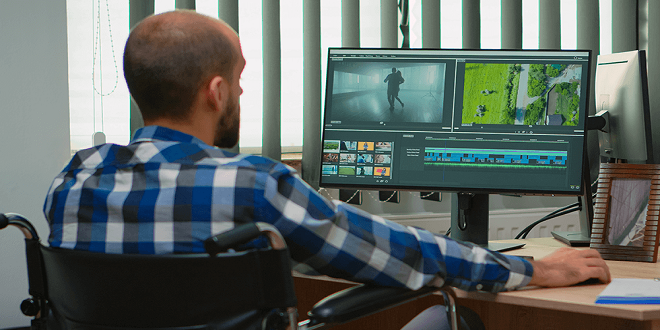 It has been half a century since Karel Reisz, working with a British Film Academy committee, wrote The Technique of Film Editing. Much has happened in those 50 years. Television is pervasive in its presence and its influence, and cinema, no longer in decline because of television, is more influential than ever. The videocassette recorder (VCR) made movies, old and new, accessible, available, and ripe for rediscovery by another generation. The director is king, and film is more international than ever

In 1953, Reisz could not foresee these changes, but he did demonstrate that the process of film editing is a seminal factor in the craft of filmmaking and in the evolution of film as an art form. If anything, the technological changes and creative high points of the past 50 years have only deepened that notion

A book on film and video editing can be written from a number of points of view. The most literal point of view is, of course, that of the film editor, but even this option isn’t as straightforward as it appears. When the Shooting Stops by Ralph Rosenblum and Robert Karen, is perhaps the most comprehensive approach to the topic by a film editor. The book is part autobiography, part editing history, and part aesthetic statement. Other editing books by film editors are strictly technical; they discuss cutting room procedure, the language of the cutting room, or the mechanics of offline editing. With the growth of high-technology editing options, the variety of technical editing books will certainly grow as well.

In books about editing, many terms take on a variety of meanings. Technique, art, and craft are the most obvious. I use these terms in the following sense. Technique, or the technical aspect of editing, is the physical joining of two disparate pieces of film. When joined, those two pieces of film become a sequence that has a particular meaning

The craft of film editing is the joining of two pieces of film together to yield a meaning that is not apparent from one or the other shot. The meaning that arises from the two shots might be a continuity of a walk (exit right for shot one and enter left for shot two), or the meaning might be an explanation or an exclamation. The viewer’s interpretation is clarified by the editor practicing her craft.

What about the art? I am indebted to Karel Reisz for his simple but elegant explanation. The art of editing occurs when the combination of two or more shots takes meaning to the next level excitement, insight, shock, or the epiphany of discovery

Technique, craft, and art are equally useful and appropriate terms whether they are applied to visual material on film or videotape, or are used to describe a visual or a sound edit or sequence. These terms are used by different writers to characterize editing. I have tried to be precise and to concentrate on the artistic evolution of editing. In the chapters on types of sequences action, dialog, comedy, documentary—I am as concerned with the craft as with the art. Further, although the book concentrates on visual editing, the art of sound editing is highlighted as much as possible

Because film was for its first 30 years primarily a silent medium, the editing innovations of D. W. Griffith, Sergei Eisenstein, and V. I. Pudovkin were visual. When sound was added, it was a technical novelty rather than a creative addition. Not until the work of Basil Wright, Alberto Cavalcanti, Rouben Mamoulian, and Orson Welles did sound editing suggest its creative possibilities. However, the medium continued to be identified with its visual character films were, after all, called  motion pictures. In reality, though, each dimension and each technology added its own artistic contribution to the medium. That attitude and its implications are a basic assumption of this book.

How much do white label facebook ads management cost?