HomeHealthBiodiversity And Sustainable Nutrition With A Food-Based Approac
Health

Biodiversity And Sustainable Nutrition With A Food-Based Approac 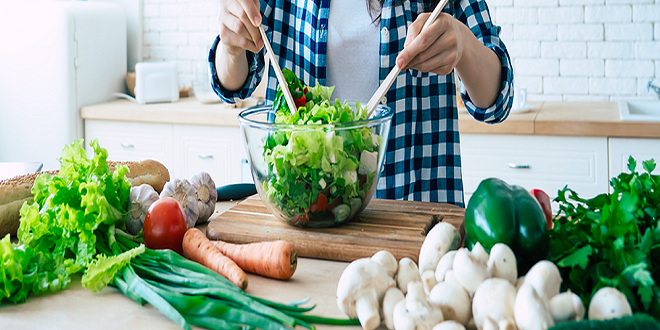 As the President of the Federation of European Nutrition Societies (FENS), gathering national nutrition societies of 24 countries in Europe, I was very pleased to have the FENS as one of the organizations associated to the International Scientific Symposium “Biodiversity and sustainable diets united against hunger”, organized at FAO headquarters in Rome, 3–5 November 2010

At the beginning of this new millennium, we are still facing an alarming challenge. One billion poor people still suffer from hunger and malnutrition while about 2 billion show undernutrition and micronutrient deficiencies (FAO, 2011). At the same time, about 2 billion are overweight and/or obese, a steadily increasing number in all countries in the world

Facing the evidence of an unsustainable food system

Indeed, the present food production, food supply and food consumption system does not generally fit present and future human needs, because it is unable to satisfactorily feed everybody and relies on high 31 fossil energy use, chemicals, and energy inputs, long-distance transport, low-cost human work and cultural loss.

It generates both micronutrient and fibre deficiencies as well as excess intakes of fat and sugar promoting overweight and obesity in a general trend of reduced physical activity and body energy expenditure. Food choices and their determinants are in fact central to the present situation.

It is well known that they are increasingly driven by the worldwide economic sector through industrialized production simplification, generalized intensive food processing and refining, aggressive food distribution and advertising. In contrast, they are progressively less influenced by the local cultural heritage and a suited integration in the environment.

An urgent need for sustainable diets

There is thus an urgent need to launch a new strategy to develop the concept and use of sustainable diets in the various contexts of industrialized and developing countries, to ensure food security and quality. Such systems should be based on low-input agro-ecological staple food production including limited animal husbandry, short-distance production-consumption nets, minimal food processing and refining, important culinary skills, diet and nutrition education, and firm links to positive traits of ancestral local cultures as well as appropriate use of recent technology tools. Biodiversity improvement appears to be a key for sustainable food production and food consumption.

Since the origin of agriculture until the nineteenth century, the food production systems in very different geo-climatic contexts all over the world were lowinput, ecologically integrated by necessity. Impressive skills have been developed over millennia and centuries to adapt to the specific environments and available means, and improve farming methods to sustain human development.

While this process allowed the human species survival it was not sufficient to provide anybody appropriate food any time. This facilitated the emergence in the twentieth century of the intensive industrial agriculture system based on high fossil energy and chemical use. Although yields improved in the short term, present limits and persistence of one billion undernourished request new orientations

As introduced before, an overall food quality is a prerequisite for an optimal nutrition. Regarding produced raw food, an optimal quality lies in tasty products, with high nutrient content and no/minimal contaminations by chemical toxicants. The products raised through the agro-ecological methods such as certified organic ones generally fit these two requirements by improving the dry matter and some nutrients contents and minimizing chemical and nitrate contaminations as recently reviewed