The interlinkages between biodiversity and human well-being 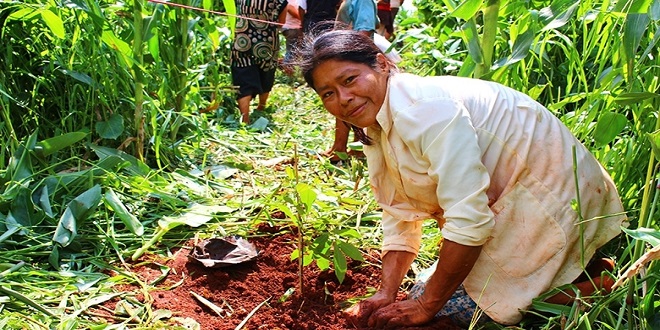 Biological diversity, known as biodiversity, underpins the well-being of society. The poor, who depend disproportionately on biodiversity for their subsistence needs, suffer first and most severely from its degradation, but we all ultimately rely on biodiversity. Growing recognition of the links between ecosystem services and human well-being

implies that biodiversity should be a priority in national and international efforts to address health and well-being, including nutrition and food security, as well as gender equity and poverty reduction in the context of sustainable development.

However, this is often not the case and the continuing failure to recognize the value of biodiversity and its role in underpinning ecosystem services is rapidly pushing us towards critical tipping points, where many ecosystems risk shifting into new states in which the capacity to provide for the needs of present and future generations is highly uncertain. Actions taken over the next two decades will determine whether the relatively stable environmental conditions on which human civilization and well-being depends may continue beyond this half century

The 2010 targets and the status of biodiversity

In April 2002, the Parties to the Convention on Biological Diversity (CBD) (see www.cbd.int for further information) agreed “to achieve, by 2010, a significant reduction in the current rate of biodiversity loss at the global, regional and national level as a contribution to poverty alleviation and to the benefit of all life on Earth”. This pledge was subsequently endorsed by the World Summit on Sustainable Development in Johannesburg later in 2002, and by the UN General Assembly, as well as being incorporated as a new target within the Millennium Development Goals (Goal 7b)

Future scenarios for global biodiversity and impacts for health

To examine different possible futures, GBO-3 examined available models that project the likely outcome of differing trends for biodiversity in the coming decades, and reviewed their implications for human societies.

Three of the main conclusions from the analysis are that the projected impact of global change on biodiversity shows continuing and often accelerating species extinctions, loss of natural habitat, and changes in the distribution and abundance of species, species groups and biomes over the twenty-first century; secondly, there is a high risk of dramatic biodiversity loss and accompanying broad range of ecosystem services if the Earth’s systems are pushed beyond certain tipping points.

and thirdly, the study concludes that biodiversity loss and ecosystem changes could be prevented, significantly reduced or even reversed, if strong action is applied urgently, comprehensively and appropriately, at international, national and local levels.

Response of the Parties to the Convention on Biological Diversity

At its tenth meeting of the Conference of the Parties (COP 10), held in Nagoya, Japan in October 2010, the Parties to the CBD adopted a new ten-year Strategic Plan for Biodiversity to guide international and national efforts. The vision of this Strategic Plan is a world “living in harmony with nature” where “by 2050, biodiversity is valued, conserved, restored and wisely used, maintaining ecosystem services, sustaining a healthy planet and delivering benefits essential for all people