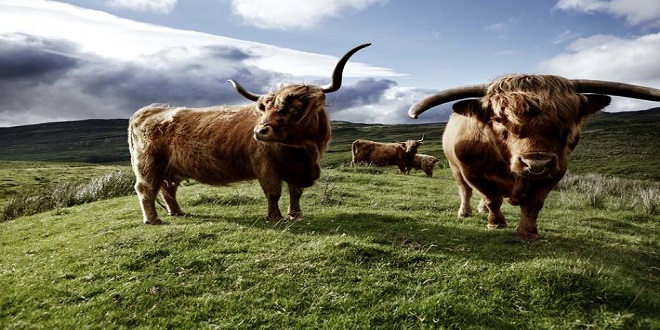 During the International Scientific Symposium on Biodiversity and Sustainable Diets  United Against Hunger” held 3–5 November 2010 at FAO headquarters in Rome, experts agreed on a general concept: “Sustainable diets are those diets with low environmental impacts which contribute to food and nutrition security and to healthy life for present and future generations.

Sustainable diets are protective and respectful of biodiversity and ecosystems culturally acceptable, accessible, economically fair and affordable; nutritionally adequate, safe and healthy; while optimizing natural and human resources.” With this definition, biodiversity is linked with human diets and with the diversity of livestock and livestock systems. However, trade-offs between the different levels of sustainability are not addressed. Hoffmann (2011) reviews different levels of sustainability and the trade-offs that occur between them, partly due to the high trophic level of livestock in the food web.

Products and services provided by livestock

Livestock are used by humans to provide a wide range of products and services. Over time, a variety of breeds and types have been developed to provide these outputs in a wide range of production environments. Doubtless, foods derived from animals are an important source of nutrients (Givens, 2010) that provide a critical supplement and diversity to staple plant-based diets (Murphey and Allen, 2003).

However, there are varied reasons for keeping livestock, which include providing manure, fibre for clothes and resources for temporary and permanent shelter, producing power, and serving as financial instruments and enhancing social status (Randolph et al., 2007). This range of products and services supporting the livelihood strategies – especially of the poor – is a key feature of livestock

Trends in consumption and production of livestock products

Animal source foods (ASF), mainly meat, milk and eggs provide concentrated, high quality sources of essential nutrients for optimal protein, energy and micronutrient nutrition (especially iron, zinc and vitamin B12). Access to ASF is believed to have contributed to the evolution of the human species’ unusually large and complex brain and its social behaviour (Milton, 2003; Larsen, 2003).

Diversity in AnGR populations is measured in different forms: our livestock breeds belong to different avian and mammalian species; thus species diversity can simply be measured as the number of species. At the subspecies level, diversity within and between breeds and the interrelationships between populations of breed can be distinguished. Simply measuring breed diversity on the basis of number of breeds leads to biases due to the sociocultural nature of the breed concept.

For example in Europe and the Caucasus (FAO, 2007), where for historical reasons many but often closely related breeds were developed, overestimation of between-breed diversity is likely. The within-breed diversity plays an important role for the total genetic variation of livestock; it may be lost due to random-genetic drift and inbreeding in small populations, usually local breeds. However, within-breed diversity is also threatened in international transboundary breeds as a side effect of efficient breeding programmes, usually focusing on rather narrow breeding goals. Various drivers influence the between and within diversity in AnGR